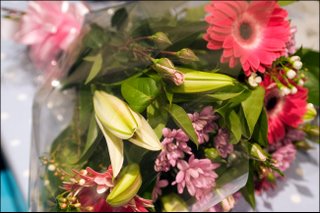 So yes, this period of job hunting has been a bit of a roller-coaster ride emotionally. Originally I was really looking forward to having some ‘time off’, but it’s a funny thing, unemployment. It certainly doesn’t feel like a holiday in any shape or form. I wasn’t really prepared for the emotional impact that not having a job has, at all. It was a bit of a shock to be honest, the feeling of absolute redundancy, quite literally. Having a job affects your self worth in ways that you can’t really appreciate until it is taken away. I certainly went through a lot of soul-searching and re-evaluating my life and trying to figure out what would make me feel most whole and happy within myself.

When I was originally given the choice between taking on a role with diminished creative freedom and redundancy, I saw it as a way out. Out and upwards. Seven and a half years is a long time when it comes to a job. I felt like I wanted something… different. At the time I thought that different meant something more, something bigger, which would consequently equal better. Throughout the process of applying for jobs and going to interviews I had to seriously re-adjust my thinking. There were opportunities that on paper got me excited about the prospect of going further, making more money, gaining more status… and yet when I went to these places I couldn’t help but feeling that it wasn’t right. Bigger and better it might have been, but also faster and more time consuming. I had thought I wanted to move on to the commercial side of design, but the reality of killing yourself over the sole goal of making more money for the company or creating only to try to sell a product just felt… wrong. In a way, during these past months, I’ve come full circle. I remembered once again that my photography is what truly gives my life fulfilment, and that a job that pays the bills but doesn’t take over my life is the only way to go in order to have enough time to devote to taking pictures.

So yes, on Wednesday I accepted a job offer for a position which is practically identical to my old job. I’ll be working as a magazine designer for a charity, in an environment that is spookily similar to my previous workplace. Even down to the people! My salary didn’t really go up, but other benefits more than make up for it. My pride tries to make me feel like I’m moving backwards, but in my heart I know that it was probably the right decision, for now.

The good thing that came out of going to interviews at big and scary places was that I gained a really good contact at a big publishing house, a creative director who loved my photography. He’s already been in touch to see if there was a possibility that I could sometimes shoot for their various magazines.

Now that all the stress is behind me, I’m going to empty my head. Then I’m going to pick up my camera and start shooting properly again. Can’t wait.

On Tuesday Susanna and I went to check out the finalists of The Deutsche Börse Photography Prize 2008, which was quite inspiring. The next day it was announced that Esko Männikkö was the winner. I’m very happy about that. 🙂 Today we were supposed to go to the ARTfutures exhibition, but since we’re both suffering from TEH PAIN we’re just going to have a girly night in since Stu is in Rayleigh until tomorrow.

P.S. Up there is a picture of the gorgeous flowers Stu brought me after I’d accepted the job offer. Best. Husband. Ever. 😀