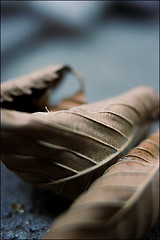 Should I attempt to write something in a non-whiny manner? I think I might be incapable of such things. 😛 Ugh I don’t know… just feeling seriously gloomy again. Or not gloomy… just a combination of angsty, stressed, annoyed and sort of depressed. The joy about the washing machine working was short-lived after realising that now I’ll actually have to do all the washing then, not just complain about it. 😀 Meh.

I think I want to make more videos. Like, not of myself (or the washing machine :P) but of something… maybe even something artsy. I realised that I really enjoy the editing bit. Now I’ll just have to learn how to do it properly. But yeah… on the whole, I don’t think that whole ‘video blogging’ thing is for me. 😐 It’s sort of fascinating (in that watching a car crash kinda way) watching yourself and not really recognising who it is, but more than that it’s excruciatingly embarrassing. Just really really painful. 😐 And yet, there’s something liberating about putting something like that online. Oh well.

I really want to feel good about photography again. I’ve been in this funk for so long now. I feel like I haven’t really put the effort in, not to mention produced a decent image, for such a long time. It’s depressing as hell. Taking pictures is usually the one certain thing in my life that makes me feel good and is guaranteed fun. It totally sucks for it to feel like such a chore most of the time.

I’d like to say something upbeat here. But I can’t think of anything.