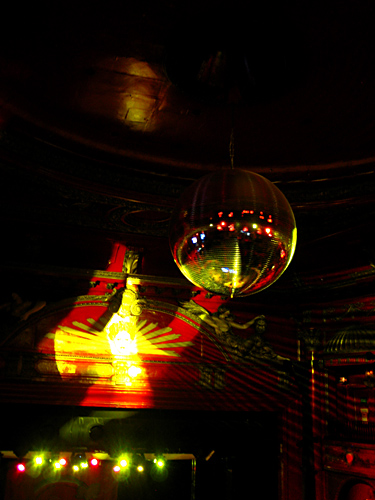 Last Wednesday Sooz and I went to see Sia at Koko in Camden. I was still feeling pretty rough with my flu so wasn’t sure how well I’d deal with standing up for the whole night, but I was willing to do my best for the chance to see her perform live! Koko was cool, had that sort of decadent burlesque feel about it. Would have been interesting to have seen it when it was still operating as a night club. 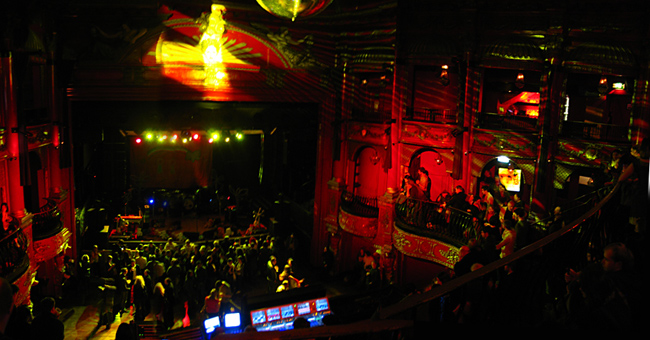 It was a bit of a shock when we realised that Har Mar Superstar was the warm up act. For a minute there I wasn’t sure if we were at the right gig. 😀 It was quite a disturbing experience to see him strip on stage to say the least…

It took what seemed like forever until Sia herself got on stage. I think it was about 9.30pm. That’s quite late on a ‘school night’! For an old person! I was feeling rather knackered already by the time she got on, which wasn’t helped by some American bloke chucking their pint all over my jeans. He was very apologetic though and kept bringing me more and more tissues and saying “I’m so sorry about your pants“, which was quite amusing at the time in my tired state.

Sia was worth all the effort though, her voice was just incredible. Unfortunately I started feeling worse and worse and in the end just had to leave before she finished. I’m still so annoyed about that. If only she would have started at least half an hour earlier! I got two songs on video, although the sound quality isn’t all that.