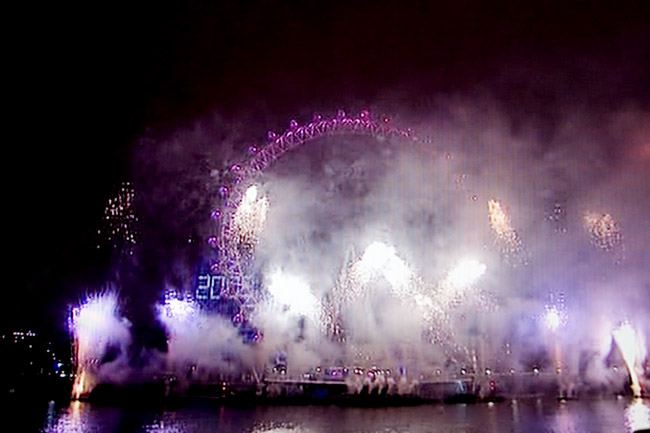 2. Did you keep your new years’ resolutions, and will you make more for next year?
My resolution for 08 was ‘try to be happy’. I think I failed dismally for most of the year, but there were some happy bits I suppose. For this year my resolution is to remember to see the big picture and keep working towards goals that might not be clearly in view just yet.

3. Did anyone close to you give birth?
Yes, there seems to be a baby boom around me again! Elisa gave birth to the gorgeous Hilla, Annis to Jules and, just before Christmas, Mirka had a little xmas princess. There’s also more to come very soon.

4. Did anyone close to you die?
No. But I did miss people who have passed more than usual last year.

5. What countries did you visit?
What a washout. Just Finland and Sweden.

7. What date from 2008 will remain etched upon your memory, and why?
25th August. Standing on a cliff top in Cornwall with my two favourite boys in the world.

8. What was your biggest achievement of the year?
Finally taking the plunge and starting to charge for my photography. Also, setting up DLB.

9. What was your biggest failure?
Not having enough time for friends, family or myself.

10. Did you suffer illness or injury?
Yes, another bad year for illnesses. Seems like I’m down with something constantly. Also had a neck injury which was possibly the most pain I’ve ever been in.

11. What was the best thing you bought?
Camera gear, especially my cute straps from PhatStraps. My darling Wind. Also, concert tickets.

12. Whose behaviour merited celebration?
Stu’s! (as always :P) Also, couldn’t have done half the things I’ve done without Paul.

13. Whose behavior made you appalled and depressed?
I don’t know if there’s been a specific person this year. Well maybe, but I’m not mentioning any names.

14. Where did most of your money go?
Camera gear, concert tickets.

16. What songs will always remind you of 2008?
Weirdly, Apulanta – Koneeseen Kadonnut. Sign of an angsty year? 😛

17. Compared to this time last year, are you:
i. happier or sadder? Sadder.
ii. thinner or fatter? Fatter.
iii. richer or poorer? Poorer.

18. What do you wish you’d done more of?
Socialising, relaxing, loving life, exercising.

19. What do you wish you’d done less of?
Wasting time feeling angsty.

20. How did you spend Christmas?
Christmas Eve at home with Stu. Christmas Day and Boxing Day with Stu’s family.

21. How did you spend New Years?
Unfortunately, after our lofty Southbank plans with Sooz, I was feeling kind of rough during the day and ended up spending the evening at home with Stu.

22. Did you fall in love in 2008?
Not really. Well, there were those fleeting moments when I was in love with music.

24. What were your favourite TV programmes?
Heroes, Brothers and Sisters, QI.

25. Do you hate anyone now that you didn’t hate this time last year?
I don’t think so.

26. What was the best book you read?
This is going to be embarrassing. Sophie Kinsella – Remember Me? Ooh I read it in one go, was such lovely fluff! 😀

27. What was your greatest musical discovery?
It’s been a very bad year for discovering new artists… just haven’t had the time to listen and find as much music as I’d normally do. Lisa Hannigan, CALLmeKAT, Brand New, Santogold, Sophie Zelmani, Tanya Donelly…

29. What did you want and not get?
A new job that would have felt a step forward…

30. What was your favourite film of this year?
The Savages.

31. What did you do on your birthday, and how old were you?
Flew to Finland on the actual day and had a lovely BBQ with friends a few days later. I turned 32.

32. What one thing would have made your year immeasurably more satisfying?
The economy not going into a complete meltdown.

33. How would you describe your personal fashion concept in 2008?
I think with DLB my focus moved a bit away from myself and more towards fashion in general. Personally I still tried to make an effort most of the time, not always so successfully.

35. Which celebrity/public figure did you fancy the most?
Colin.

36. What political issue stirred you the most?
The end of the world as we know it. Also, Obama, couldn’t really avoid that one if you wanted to.

37. Who did you miss?
My nan. Certain people from my previous life.

38. Who was the best new person you met?
Layla! What an inspiring ray of light you are.

39. Tell us a valuable life lesson you learned in 2008.
If you want to change the direction of your life you have to work hard, things don’t just ‘happen’.