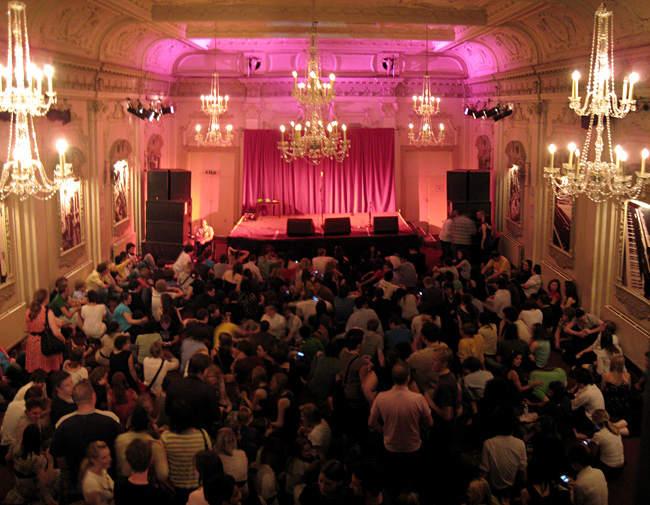 Bush Hall was a cute little place, a room bit ‘like wedding cake’ as Joshua himself described it. 🙂 It was painfully hot though and the odour wasn’t the most pleasant mix of mouldy old building and sweaty people… 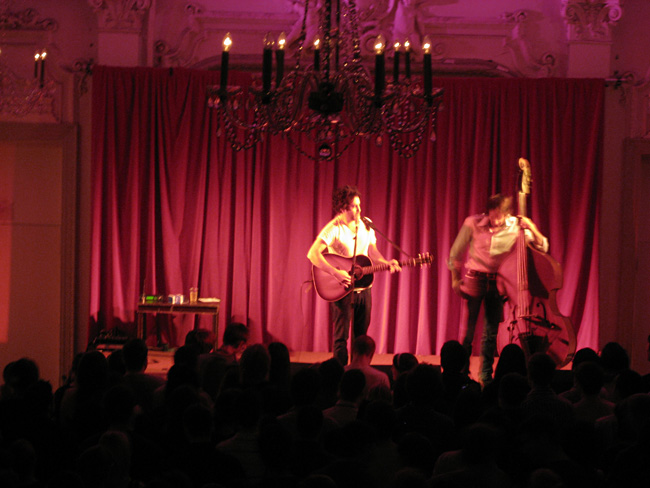 The venue definitely suited his kinda of ‘whisper rock’ better than the vast stage of Hammersmith Apollo, where I saw him last. The intimacy of the space added something special and you could hear the nuances of his voice a lot better. 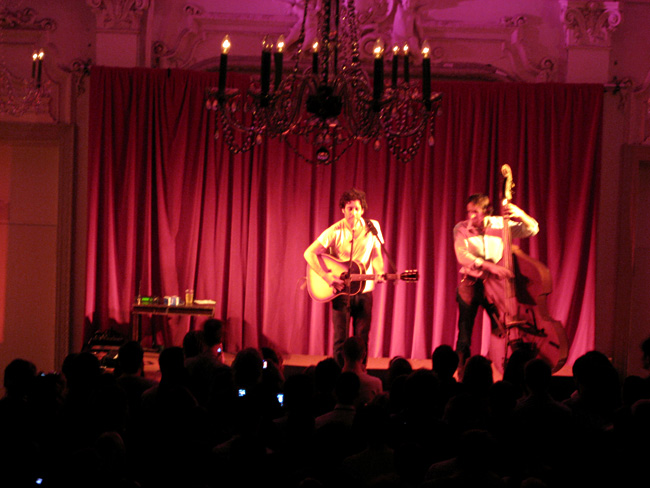 All in all it was a very enjoyable gig, even though Stu and Sooz were up to some mischief and even though I felt reeeally tired. Walking back from the train, not having really eaten anything much all day, we checked out whether against all odds our chippie would be open (which it’s usually not). And what do you know, there was a big sign in the window declaring that it was now ‘open all day’ and that it was under new management. I must say I was very impressed on all levels, it was much more pleasant in there and the fish & chips was definitely up there among the best I’ve ever had. Very good news indeed.