Soooo, you’re probably dying to hear what the answer to the mystery of the driedonpaper party was. Turned out it was a party organised by 3 to celebrate the launch of a new ‘social mobile’ called INQ (pronounced ink – explains the mysterious invitation I suppose), which was announced earlier in the day. 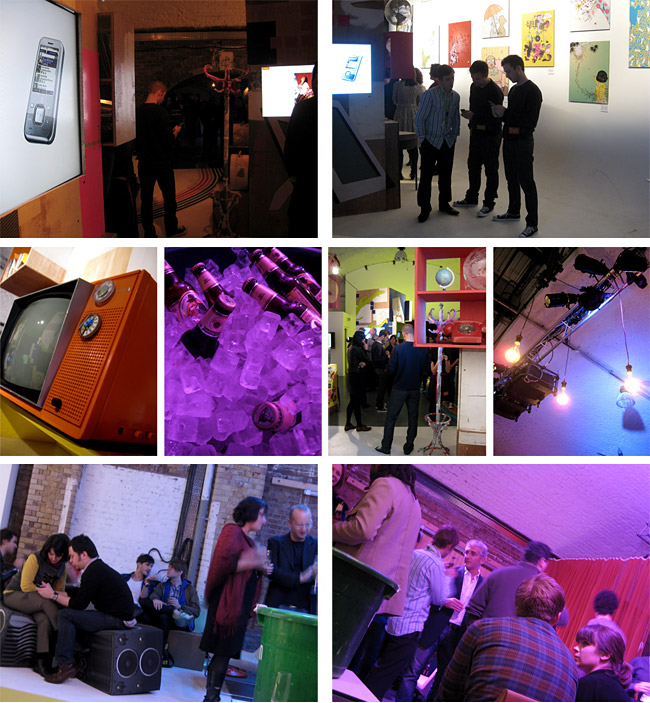 The venue, Shoreditch Studios, was very nice (now I wouldn’t mind a studio like that!) and done up in a pretty snazzy way, Fifteen took care of the food and there was plenty of free tipple to go around. The main attraction was of course the phone, and there were several people walking around with the handsets, handing them out for guests to try. 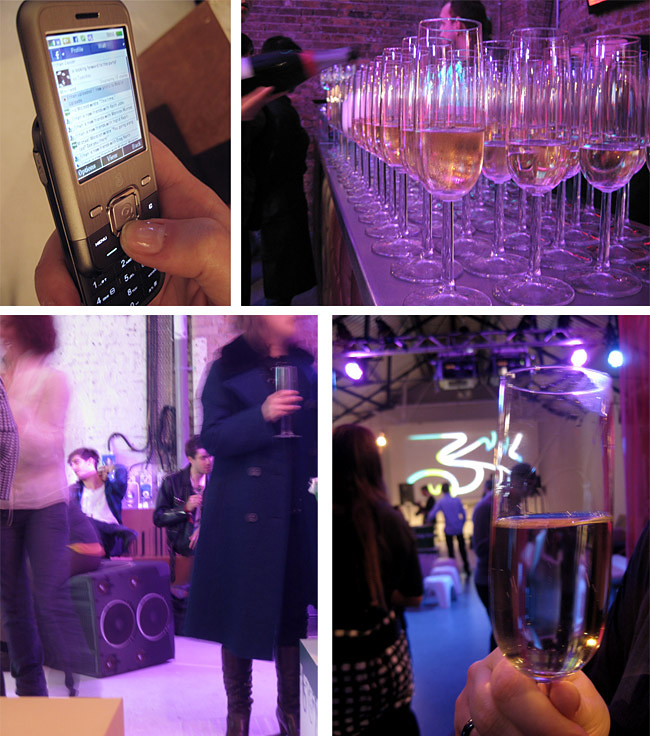 My very first impression of the phone was that it looked cool in an understated way. The size was nice, smaller than the brick that is the iPhone, and even though this made the screen smaller, it was bright and clear and easy to look at.

The INQ1 is marketed by 3 as ‘the Facebook phone’, but it’s a bit more than that. Facebook, Skype and Live Messenger, among other things, are integrated in the operating system, so you can sync your contacts with all the social networks they belong to, integrating images, messages and details to your phonebook. As it’s client and not app based, you can schedule posts, facebook messages etc. even when the phone is offline, allowing it to update when you’re back in the reach of a signal.

The interface was quite intuitive to use and thought had definitely gone into how to collate and streamline people’s fractured online presence in a sensible way. I do really dig the idea behind that. Of course it will mean that you are never offline as it were, since you’ll always be contactable in one way or the other. Another thing I wonder is whether everyone really has the same circle of friends in all of these mediums, and if not, would a device like this make that akward? Perhaps I’m overthinking.

There’s also a widget manager, which includes a selection of interesting apps such as Weather, RSS feeds and Google, all which will update automatically. New widgets, such as eBay, will be introduced later this year.

One of my favourite things was how the mediaplayer had last.fm support for instant scrobbling, that’s a pretty forward-thinking idea in my book. 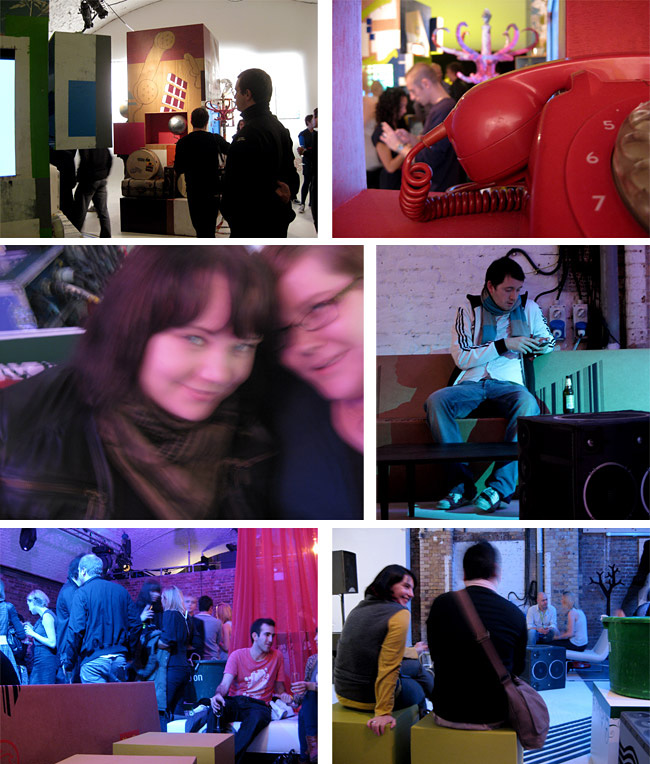 What might be somewhat surprising is the target market the INQ is aimed at. With a campaign like this, it’d be easy to think that this was a high-end product. Not so. On a 3 contract, you can get the INQ free, with all the bells and whistles of free skype et al. included, for just £15 a month. In the Guardian review of the INQ1, INQ‘s chief executive Frank Meehan is quoted saying that the new device is designed to bring the mobile internet, and especially mobile social networking, to a much wider audience. ‘The 85% to 95% of the market that did not buy the iPhone and cannot afford an expensive smartphone has been frankly forgotten,’ he says.

Considering that the price point puts INQ at the low end of the market, there has been some clever thinking happening with the way it’s been branded and packaged. Several artists were commissioned to create original works of art (which were also displayed on the walls at the venue), which were used in snazzy easy-to-use cards that functioned as the manual for the phone. No boring booklet to be found in the box, but gorgeous little works of art instead. I like. 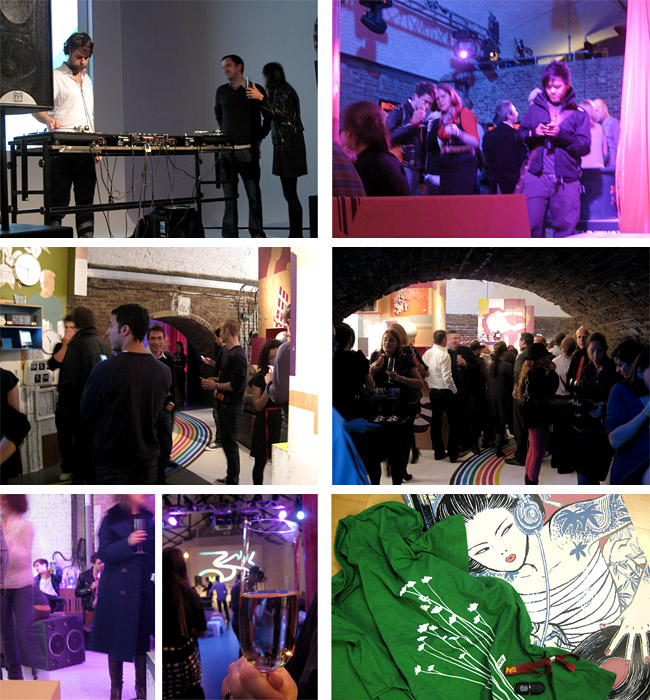