So yes, it’s been a while since I’ve spared a proper thought to this blog. It was a conscious decision mostly, brought on by the circumstances. There was the whole moving from a country to another thing that occupied the end of last year, and the start of this year has been dominated by the ‘looking-for-a-job’ project. Both of these things and all the trimmings and extra brain power they take up have been the main reason for the lack of updating. While I still haven’t found that ‘perfect’ job, the flat at least has finally gotten to a stage where it doesn’t feel like a constant work camp with endless boxes as far as the eye can see to unpack and dubious amounts of crap to dispose of. That was the reality for quite some time. And most of the rooms looked like this until quite recently.

There’s still stuff to sort out, but things have started to find their place. I’ve gotten rid of SO much junk it’s unbelievable. It’s quite amazing, the amount of stuff that you accumulate throughout the years. The lack of storage space felt like a curse to begin with, but when I got into the whole purging spirit it was actually quite liberating… to just let go. I’m almost at the point where I own just the amount of stuff I need rather than all the things that might come useful someday (still, let’s not look up in the loft). Going through boxes that I hadn’t opened in years, up to 10-15 years in some cases, was quite cathartic as well. There’s something to be said about a good trip down memory lane. It is weird looking at the evidence of yourself from years ago. How much you thought you knew when you were young, how wrong and even cruel your own thoughts and actions can appear to you now. A familiar person but still a complete stranger.

But the flat, yes. Here are some snaps to give an idea of the space we currently occupy. It’s compact but it does the job for now. As said before, everything is not yet quite in its place… 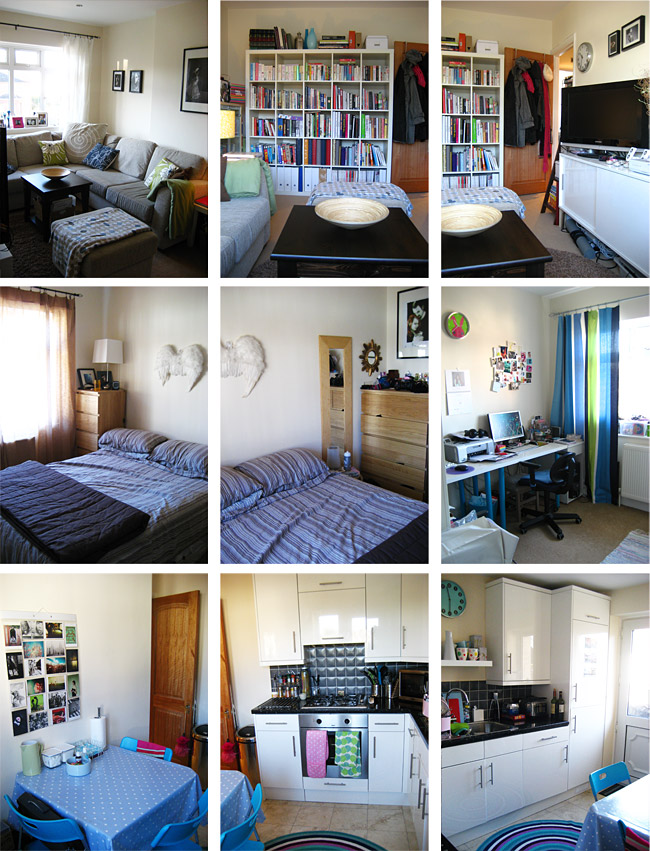 As far as the area is concerned, I’m feeling really at home here. I love the fact that it’s very calm and quiet, even though we’re just 9 miles from central London, and that Richmond is just on the other side of the river. I can’t think of any negatives really, apart from the cost of living.