Man, I sure hope that was the last one of the ‘fast for 12 hours, get poked by needles at ridiculous time in the morning, walk back freezing and dizzy’-routines for a while. I don’t think I have much blood in me to take anymore. 😀

Anyways, on to other subjects. Zach Braff, don’t you just love him. If you don’t, you should. Never mind the fact that he’s very talented and funny and down to earth and really connects with his fans on a level that most celebrities don’t, I mostly like him for his impeccable taste in music! I’ve found so many new artists through his blog, artists like Joshua Radin and Alexi Murdoch to mention a few. And every time I’ve discovered a new favourite through some other means – like Rachael Yamagata, whom I found via Amazon back when I didn’t know of last.fm and was still using Amazon for that sort of thing – the next thing I know Zach is already practically bezzie mates with them. 😀 It’s mad. He did such a great job with the Garden State Soundtrack and now he’s been responsible for the Last Kiss Soundtrack, which is just bursting at the seams with wonderful artists, like Imogen Heap. He did this live show for Indie 103.1 with sets from a bunch of cool people and you can watch them here. And it just had to be Zach who got Remy Zero back together on the same stage! How fricken amazing is that. So yeah, you should really worship Zach as the king of cool that he is.

One morning when I woke up at 5am for some reason I stumbled on this site called The Hair Styler, and damnit, it’s only ever so slightly addictive! I have to take a better mugshot from straight ahead as some of the styles look very strange on my wonky head and with the shorter ones my own hair shows from underneath. When I get around to updating the pic I will show you some more hilarious hairstyles. 😀 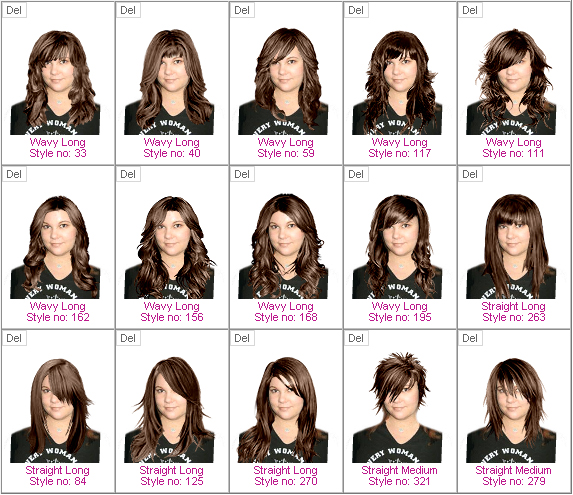