I started writing this over at MTP, but then decided all this text looked kind of out of place in a photo blog, so thus I moved my ramblings over here. Maybe it’s for the better anyways as God knows this place needs some livening up!

Recently I was invited to attend a round table discussion with Canon UK, which was organised by Canoncamerabuzz. It was an opportunity for me and a few other professional photographers to see the whole lineup of Canon’s DSLRs (including the brand new 1D MrkIV, which started shipping this week) in the same room, and hear about some of the processes behind developing new bodies and lenses.

I didn’t really have any expectations for the evening, apart from getting to fiddle with the 1Ds MrkIII (which was very satisfying indeed – I still definitely cavort over it more than the new 1D MrkIV). What I came away with was a clearer understanding behind Canon’s decisions for their line-up and who the average end user actually is (i.e. not me). As professionals, we tend to have a bit of a skewed perspective on what the next camera models should do and what kind of features they should, or shouldn’t, possess. Add to that the fact that for someone like me, coming from a film background, it’s hard to get my head around the fact that the majority of dSLR consumers these days have never even used film, which was kind of clarified to me when I was questioning why the 1D MrkIV isn’t full frame. As it goes, the market for full frame isn’t as big as I would have though. For me, it’s the only sensible thing to do but, as product specialist Mark Burnhill from Canon UK explained, the majority of dSLR users are of an age that have always shot with a crop sensor, and that’s what they find ‘normal’. To me, that seems completely perplexing! When I started my move to digital, via an EOS 350D and 20D, I felt restricted, not only in what I saw through the viewfinder, but in the fact that I couldn’t use my lenses to their full effect. So when I finally got my hands on the 5D, and subsequently the 5D MkII which I now use, it literally felt like I could breathe normally again. Until I now heard Mark rationalise the issue for me, I couldn’t for the life of me understand why someone wouldn’t want a full frame camera.

The other interesting fact was how infinitely bigger the market is for the lower end models, the pro end of the line is practically a drop in the ocean when it comes to Canon’s dSLR sales. Obviously that is going to have an affect on what the development efforts will be concentrated on. Interesting no? Perhaps this has always been obvious to everyone else, but I’ve never really even considered all of this when scratching my head about why there are so many crop sensor models, and a dizzying amount of different lower-end models with only marginal differences, about. A shocked shiver went through the room when Mark asked us what we thought of the possibility of coloured dSLR bodies, apparently that’s the latest demand from the Japanese market. Uh huh. Give me a pink Ixus to slip into my pocket any time, but please leave that sort of gimmicks out of the ‘proper’ cameras I say!

After all these ‘revelations’, my position hasn’t really changed. Ever since I started using SLR’s in the early 90’s Canon has, and always will be, the manufacturer for me, and in my opinion their lenses are head and shoulders above the rest. And the fact that even after looking at the realities of ‘where the real money is’, they keep on developing new and exciting pro gear for us to play with is a testament to Canon’s dedication to quality picture-making.

How was that for sounding like a real Canon fan girl (which of course I am)? 😀 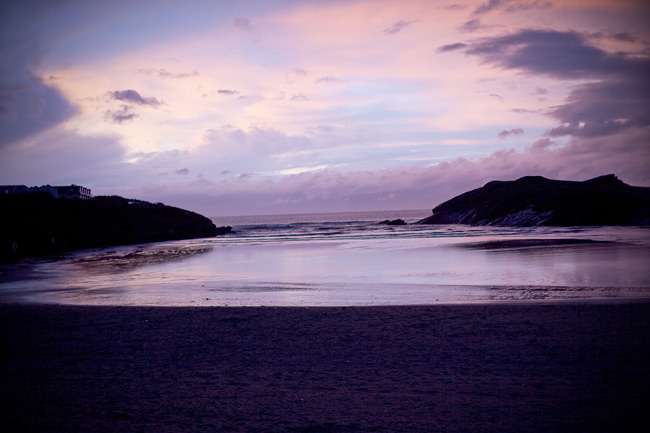 I know, I know, I need to blog about what’s been happening on the house-hunting front, about Cornwall and all the other stuff that I haven’t had time to blog aboout. Soon, I promise. Well, perhaps not a firm promise, but at least a promise to attempt!