Jeez Louise I’m tired. This is not the first time, nor will it probably be the last, when I curse being too old for these mid-week gigs. Old wimmin need their beauty sleep! But oh my god was it worth all this tiredness though! On the outset, Monto Water Rats isn’t the most pleasant of the venues I’ve been to. Sort of cramped and smelly, with an erratic air conditioning system constantly going from hot to cold, hot to cold. However, what it lacks in general pleasantness, it more than makes up for in the sense of intimacy. You really are in the same breathing space with the artist. So in that sense, it is my kind of venue for sure (wish they did something about the smell though :|). The only time I’ve come that close to the talent before was seeing Johnossi at The Spitz. But this time I could have just reached out my hand and touched Rachael.

To kick off, we got to listen to a set by Meme Love. She was very sweet and had a few interesting songs that showed off her impressive vocals. There’s still some way for her to develop as a songwriter though I think, judging from the fact that she sounded by far the best when singing a cover of Biffy Clyro’s Mountains. Do check out her MySpace though and see what you think for yourself. 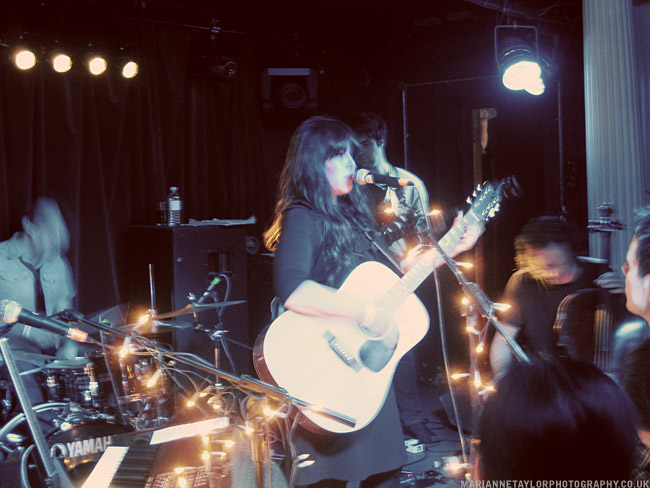 Rachael Yamagata didn’t come on stage until it was nearly 10pm. My feet were already aching and I was nodding off by then (so shouldn’t have watched the Oscars as late as I did the previous night), but when she and the band came into the room there was an instant hit of electricity (there certainly is a thing called charisma, and it’s palpable when you share a room with it) and I instantly forgot about my tiredness. The whole band looked a bit jet lagged, having just come to London from Japan, but were clearly in high spirits. Rachael is such a sweetheart. So relaxed and funny and comfortable in her own skin. To think how dark her songs can be, I don’t think I’ve ever laughed so much at a gig. In that sense the whole night was a bit of an emotional roller coaster ride, from laughter to rapture. And her voice, oh, her voice. 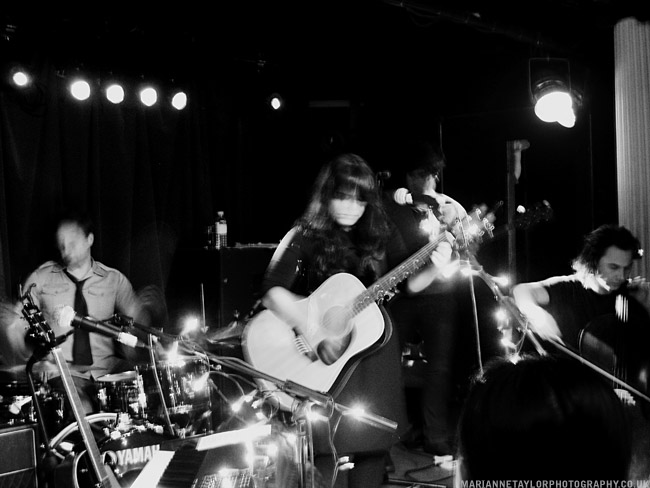 Also (S look away now), I totally fell in love with the drummer, Chris Giraldi. Now it might have been a mixture of tiredness, euphoria from the music, flashbacks of an old drummer boyfriend from a lifetime ago, and of course Chris being amazing on the drums, but I was as good as done for. I swear we even had a ‘moment’ with direct eye contact sealing the deal! 😀 If I was 10 years younger I would so follow him on tour, take him to rehab (daydreams are allowed to include stereotypes), and we’d live happily ever after while he played romantic drum solos to me. Yes. 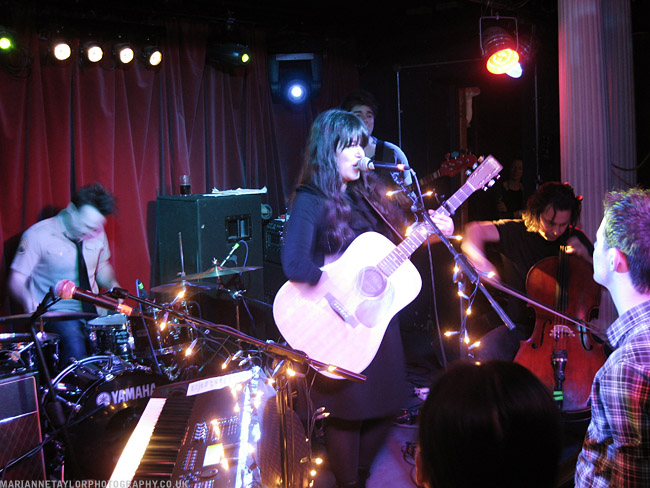 But back to Rachael. Did I mention she was amazing? It’s hard to say what the highlights were, as each and every song was so perfect. Be Be Your Love, Little Life (which is my favourite track on her latest album Elephants… Teeth Sinking Into Heart) and Faster (which possibly kick-started my Chris-obsession) probably gave me the biggest shivers though. She’s playing another gig tonight, and if I thought I could physically do it, I would totally go again. If you ever get a chance to see her live, do not miss it! She alternated between playing the piano and acoustic and electric guitars, and did a few songs completely on her own without the band as well. It was nice to have that variation in moods and sound levels. The whole band completely kicked ass, and they were such a nice bunch to boot – no big egos in sight. 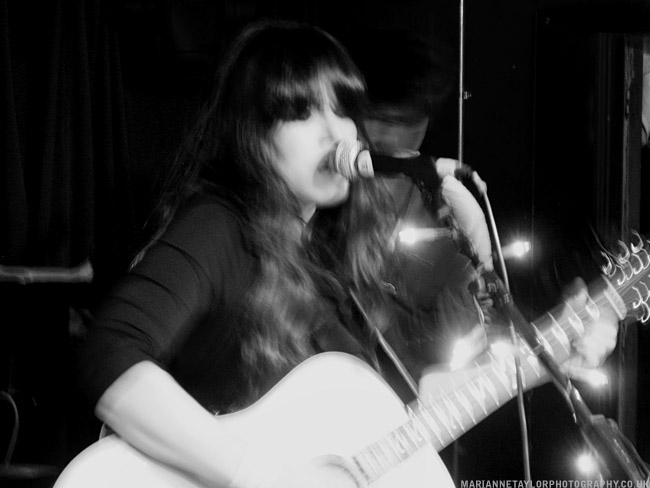 Weird, I just realised Chris is the same age as me (as is Colin actually). Does it say something about me finally reaching an approriate maturity level that I’m at last fancying people the same age as me? Hmm. Perhaps I don’t need to be 10 years younger after all! 😀 (Just kidding S…) 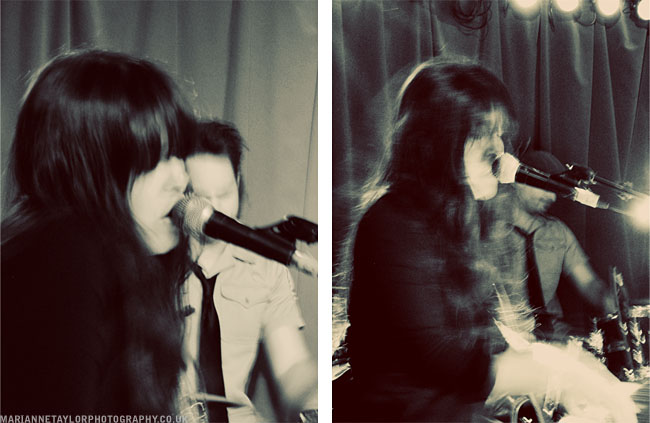 I kind of wish I’d taken my SLR with me now… there were so many missed opportunities that just couldn’t be captured with a compact. But I’m always so torn between recording video and taking snaps that I sort of figure the Ixus is a good compromise, and less hassle. Hmm. Maybe I should invest in the 5D mkII after all… 😛 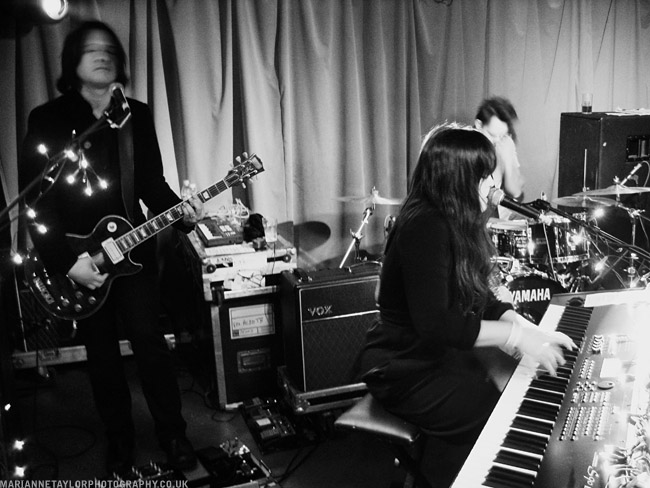 But yes, couldn’t have wished for a better gig to start this year off with. Snow Patrol certainly has their work cut out for them next month if they want to beat last night’s experience. 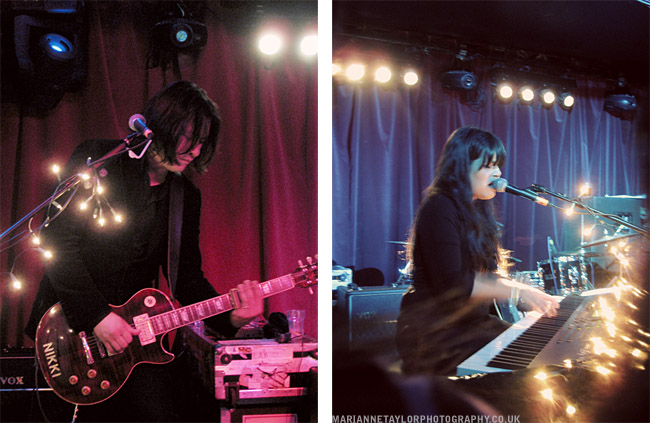 And last but not least, here’s the only bit of video I took. I’ll probably kick myself in a year or so, but I just wanted to be more in the moment and it felt sort of overwhelming trying to think about filming at the same time…